Not only does Alike v4.2 offer faster backup performance, but it’s also the most efficient version of Alike yet! We’ve accomplished a lot of work under the hood for ludicrously fast backup performance and optimizing efficiency through multiple processing enhancements, ultimately increasing the overall speed of subsequent backups. With backups now up to 50% faster,* we are proud to introduce the most powerful version of Alike ever released.

Lowered the overall processing requirements so that v4.2 uses less CPU and I/Os through optimizing our streamed data compression, this release is even more efficient and more powerful than v4.1. 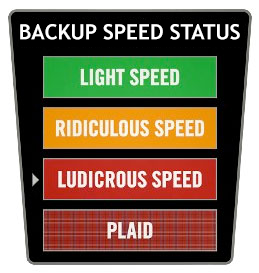 Because we optimized key backup processes to perform several tasks in parallel, we have drastically improved the backup performance in Alike v4.2. How drastically? We are pleased to announce that backups are now up to 50% faster according to our internal tests. This means less total job time for subsequent backups.*

The impressive speed of subsequent backups in 4.2 is produced by synchronizing the new enhancements to work together under the hood and improve performance. Below you will find a more detailed list of the release highlights. For a full list of improvements and bug fixes, please visit our release notes for v4.2.

We optimized our streamed data compression with LZ4 algorithm, which resulted in significantly faster compression and decompression times, as well as less processing load during data acquisition, validation, and restores.

We improved read and scan times with the addition of processing isolation and an overhaul of work parallelization.

Ready to update for optimal speed and performance? Click on the button below to download the latest version of Alike. Or try it for free for 30 days!

*Please Note: Our internal tests do not represent every environment. Performance may vary depending on the user’s environment. Also note that improved speed is for subsequent backups only. For tips on improving initial backup speed, see our KB article.

Don’t miss Alike updates! Sign up for our E-newsletters by clicking here.

For more information or questions about pricing, contact us at any time to get a custom quote based on your needs, or put Alike DR to the test in your environment with our 30-day free trial. How to Get the Fastest Hyper-V Backups w/CBT

Want the fastest Hyper-V backups? Watch how Alike’s CBT for Hyper-V can backup a VM in minutes!

I use Alike DR in all my XenServer and Hyper-V production environments and, to date, it has never let me down, even when recovering against some particularly malicious viruses, such as Cryptolocker.